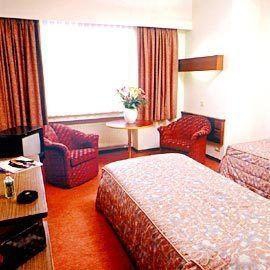 Located near the city center, the Van Belle Brussels is in close proximity to such attractions as the Grand Place and the Midi Train Station. Public transit, including the metro, the train, and the bus are all available to take guests to points of interest throughout the city. Onsite amenities of this hotel in Brussels include 2 gourmet restaurants, a bar, a twenty-four hour front desk, and meeting rooms. The Hotel Van Belle Brussels is located within fourteen kilometers from Brussels International Airport and one kilometer from the train station, both of which can be easily reached using the city’s public transportation systems.

The rooms at the Hotel Van Belle in Brussels include such amenities as cable television, safes, telephones, alarm clocks, bathrooms, and hairdryers.

The Hotel Van Belle Brussels Belgium is situated near the museum district in Brussels, but is in close proximity to transit that can escort guests to a number of shopping and dining areas within minutes.