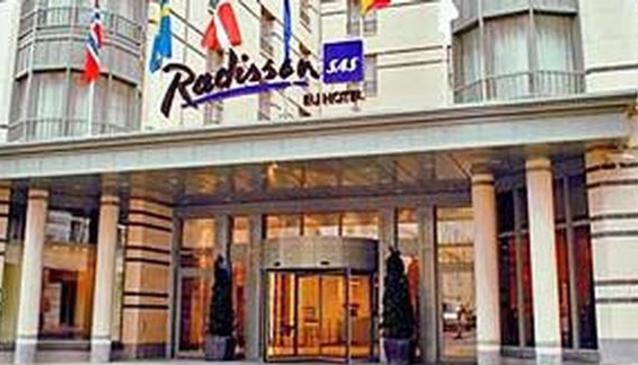 Guests of the Radisson Royal Hotel Brussels will enjoy convenient access to such attractions as the Comic Strip, the Beer and Chocolate Mueseum, and the Manneken-Pis. Nearby trams and metros take guests about the city, stopping at many points of interest throughout Brussels. Amenities of the hotel include an onsite seafood restaurant, a Belgian and international restaurant, meeting rooms, a fitness club, and much more. The Radisson Royal Brussels is located a few steps from the central train station, which provides access to the Eurostar train, and near many public transit stops. The public transportation systems run throughout the city and can take guests to the Brussels Airport that is 16 kilometers away.

Rooms at the Radisson Blu Royal Hotel Brussels include amenities such as high-speed Internet, satellite television, telephones with voicemail, coffeemakers, mini-bars, and safes. All rooms are non-smoking rooms.

The Sas Radisson Royal Hotel Brussels is located in the very heart of the city of Brussels, and places guests only a few steps from the city's main shopping area, providing easy access to numerous shops and dining options as well as many attractions.