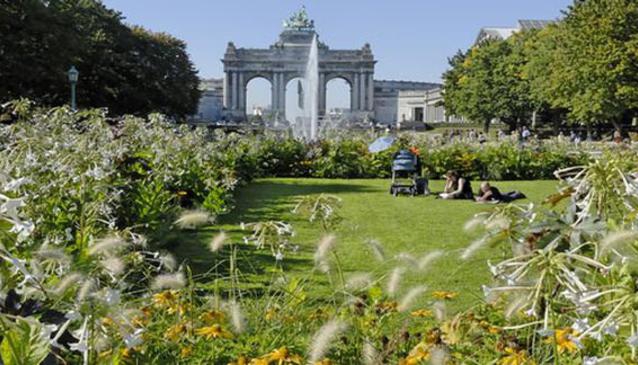 Parc du Cinquantenaire (French for 'Park of the Fiftieth Anniversary', is a large public, urban park of 30 hectares located in the European district.

Most buildings of the U-shaped complex which dominate the park were commissioned by King Leopold II and built for the 1880 National Exhibition commemorating the fiftieth anniversary of Belgian independence. The centrepiece triumphal arch was erected in 1905.