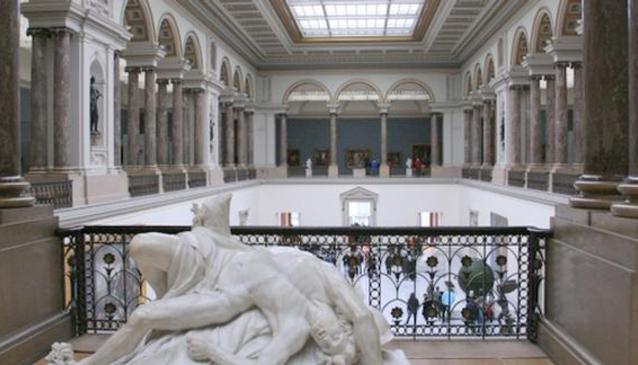 The core of the collection is made up of works of art confiscated during the revolutionary period and works of art deposited by the French State. The collection has been subsequently enhanced thanks to not only acquisitions, but also donations and bequests from numerous patrons.

Paintings from the former Southern Netherlands represent the bulk of the collection. The works are presented in chronological order in order to allow visitors to apprehend the development and evolution of the pictorial art of these regions under the Ancien Régime.

From February 2011 till its reopening in 2012, the Museum of Modern Art will be closed for renovation works.

The levels -6 and -8 will be featured for the exhibition of the 19th-century works and the Art Nouveau collection Gillion Crowet.

The levels - 3 / - 4 will be dedicated to the temporary exhibitions. From the end of March 2011 onwards the public will be able to see a selection of 20th-century works in the Patio.