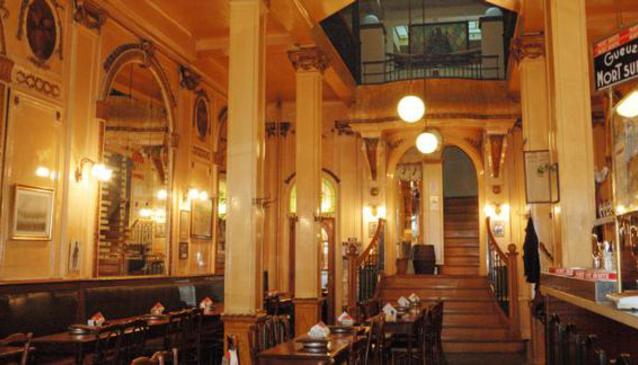 About 1910 was an cafe called 'LA COUR ROYALE'. Amongst his many customers were a lot of employees working at the National Bank of Belgium. Those employees passed their time in the pub playing a dives game called '421'. Before returning to the office , the employees played a quick last game and the one who lost was called the: 'MORT SUBITE' or the sudden death.

Very soon this name became well known and when the cafe moved to this actual address in 1928 the cafe named with this strange name e as this own beers.